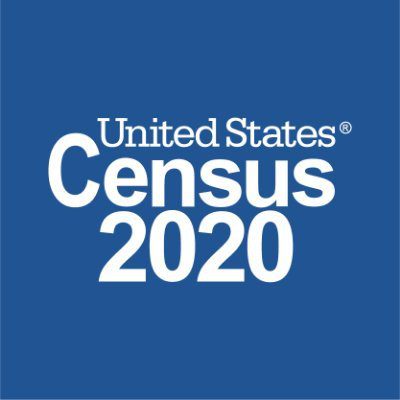 While the air about me carried the broadcast news of all things COVID-19, into my mind came 2 Samuel, Chapter 24.   Below you will find a most interesting passage dealing with King David and a plague befalling Israel.  I share more following the presentation of this text of Second Samuel from the Revised New American Bible.

David’s Census; the Plague.1The LORD’s anger against Israel flared again,a and he incited David against them: “Go, take a census of Israel and Judah.”2The king therefore said to Joab and the leaders of the army who were with him, “Tour all the tribes of Israel from Dan to Beer-sheba and register the people, that I may know their number.”3But Joab replied to the king: “May the LORD your God increase the number of people a hundredfold for my lord the king to see it with his own eyes. But why does it please my lord to do a thing of this kind?”4However, the king’s command prevailed over Joab and the leaders of the army, so they left the king’s presence in order to register the people of Israel.

10Afterward, however, David regretted having numbered the people. David said to the LORD: “I have sinned grievously in what I have done.b Take away, LORD, your servant’s guilt, for I have acted very foolishly.”*11When David rose in the morning, the word of the LORD came to the prophet Gad, David’s seer, saying:12Go, tell David: Thus says the LORD: I am offering you three options; choose one of them, and I will give you that.13Gad then went to David to inform him. He asked: “Should three years of famine come upon your land; or three months of fleeing from your enemy while he pursues you; or is it to be three days of plague in your land? Now consider well: what answer am I to give to him who sent me?”c14David answered Gad: “I am greatly distressed. But let us fall into the hand of God, whose mercy is great, rather than into human hands.”15Thus David chose the plague. At the time of the wheat harvest it broke out among the people. The LORD sent plague over Israel from morning until the time appointed, and from Dan to Beer-sheba seventy thousand of the people died.16But when the angel stretched forth his hand toward Jerusalem to destroy it, the LORD changed his mind about the calamity, and said to the angel causing the destruction among the people: Enough now! Stay your hand.d The angel of the LORD was then standing at the threshing floor of Araunah the Jebusite.e17When David saw the angel who was striking the people, he said to the LORD: “It is I who have sinned; it is I, the shepherd, who have done wrong. But these sheep, what have they done? Strike me and my father’s family!”

25Then David built an altar to the LORD there, and sacrificed burnt offerings and communion offerings. The LORD granted relief to the land, and the plague was withdrawn from Israel.

Footnote: The narrative supposes that since the people belonged to the Lord rather than to the king, only the Lord should know their exact number. Further, since such an exact numbering of the people would make it possible for the king to exercise centralized power, imposing taxation, conscription, and expropriation upon Israel, the story shares the view of monarchy found in 1 Sm 8:4–18. See also Nm 3:44–51, where census taking requires an apotropaic [designed to prevent evil] offering.

First, there is nothing wrong with the modern taking of a national census.  The current US Census 2020 which Bishop Thomas has requested our complete cooperation and participation in this year is a proper tool with which the federal government ensures that our government is a true representative government and that national policies address our national population equitably and justly.  In our expanding spare time join with me in going online to complete your initial participation in US Census 2020.

King David’s call for a census was not as our US Census 2020.   It was for David the placing of his trust no longer in the Lord but in himself and the strength within Israel’s numbers of “men capable of wielding a sword”.  Recall that Psalm 33:16,17,20-22 states, “A king is not saved by a great army nor a warrior delivered by great strength.  Useless is the horse for safety; despite its great strength, it cannot be saved.  Our soul waits for the Lord, he is our help and shield.  For in him our hearts rejoice; in his holy name, we trust. May your mercy, Lord, be upon us; as we put our hope in you.”

The prophet Samuel was not pleased with Israel’s want for a king. His sons were installed as judges over Israel but they looked to their own gain and not to justice in their decisions.  Thus the people all the more sought a king.  The Lord did not favor the provision of a King for Israel but gave into the persistent demand of Israel that they be given a King.  The Lord did so only after warning the people that the people would be as if existing in the king and the king in his person would be as the people.  David’s lack of trust in the Lord is Israel’s lack of trust.  Israel, therefore, endures the punishment that fell to David’s lack of trust.

Now David is given a choice as to what is now to befall him and Israel.  David’s reason for his choice of plague to address his failing to trust in God is also most interesting.  He sees plague as governed by God who is merciful.  Recall the king is Israel and Israel is the king.  He reasons that the pursuit of a human enemy will be without mercy.  While if he should suffer under God’s direction, God is always merciful.  He also fears the terrible length of time in suffering from famine; years as opposed to days.  He chooses the three days of plague.

The plague that is to present over three days will be but a day and come to an end by God’s mercy and David’s expiatory sacrifice by which the king repents of his sin and reaffirms his trust in the Lord alone.  The site of David’s sacrifice will become the site of Israel’s great temple in Jerusalem, the sacred and central place of all of Israel’s sacrifices.